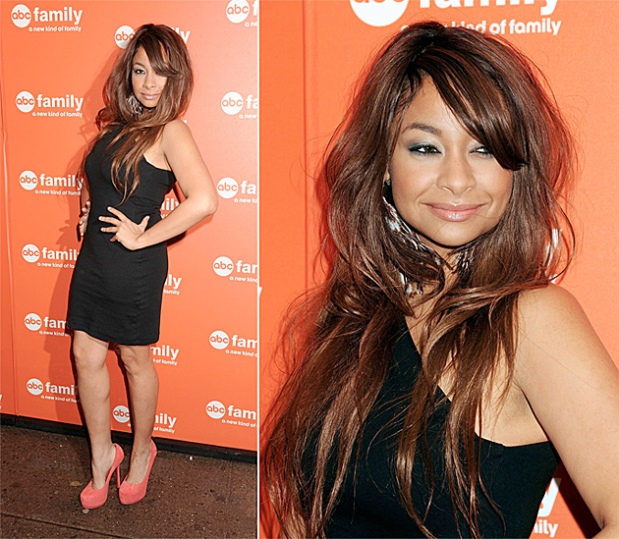 After Raven-Symonè made her outlandish comment on The View stating she would not hire people with black names or more specifically names like “watermelon-andrea”, the black community came together once again to take her to her grave. Be it on Tumblr, Facebook, Twitter, and Instagram the black presence was a stern one in siding against her, because to be quite frank, she was referring to your friend, family or you! Raven had already caught her first strike from the Oprah interview when she gleefully disassociating herself from the black community. You know, usually most Disney Kid stars (or any kid Star for that matter) goes through that phase to exile themselves from the innocent characters they play by overtly selling sex, doing hard drugs, or become Miley Cyrus for a few months, but miss Raven-Symonè no! She chose to embarrass herself in such a way that it will hit her fans to the core. She choose to tamper with the identity of other people, carelessly! As you see, people like Christina Aguilera, Britney Spears, Olsen Twins, Miley Cyrus, and more had their own fall out from the “good-girl” image that was personal to them, where the supporters can watch and ride reconstruction wave with them. Raven on the other hand, You can’t even explain it, you have to name it for what it is and i’m calling it the Raven-Symonè Syndrome.

What is the Raven-Symonè Syndrome? It’s when a person disassociates themselves from a community while still looking like the community and not assimilating into another entirely, to then discriminate against the people you were once-if ever- connected to. In other words, anybody that is sounding like miss thing on The View. Morosely, I seen a lot of this going on in many social media platforms. And it’s sad, it’s very sad! Blacks left and right are agreeing saying things like, “Well, she has a point, these ghetto names are getting out of hand,” or “I won’t hire anybody either with that name.” Now, in reality we all know they are not talking about the name “watermelon-andrea,” but names like Laquashia, Shaquashia, Latoya, Shaneneh, Rashida, Moesha, and so forth. So to those that this applies to please help me break down your logic! The people that are proudly agreeing have no business in which they can even remotely filter out any “ghetto names” nor they even have a entrepreneurship plan set to go in fruition tomorrow. Granted, you don’t need to own a business to hire someone, but as a black person you mean to tell me you will not hire another brother or sister because of name they ultimately did not choose? If you cannot look past a person’s name before actually viewing their character, then there’s something psychologically wrong with you.  It’s the ones that complain about lateefa not having a job and being on welfare, but yet prevent her from getting a job because of her name. Please explain to me in what form does this correlation makes sense!

It is also the same ones, whose wigs are on too loosely and wrist bent for the Gods that suffers from this syndrome! People of color in the LGBTQ+ community split their lips up and down agreeing with this discrimination, yet get mad when someone’s Grindr says Whites and Latino’s only or another Adam profile says masculine only. You want the world to see you past your sexuality while not hiring your friend Latisha. You bagger when society says, “pick a gender,” “pick a sex to love and stick with it,” while oppressing the next person in the same breath. Talk about the oppressed being the oppressor. It’s real! All in all, blacks agreeing with this discrimination sounds like they would prevent someone from making a living became of a name, let that sink in.

As for Raven-Symonè, the black community today that is angry were the ones who watch you grow, who grew with you, who has happy you maintained a clean image into adulthood! Black Twitter drenched you with an abundance of love during the Disney nostalgia moments and for you to say you would prevent a fan from making a living because of her name, or say you choose to proudly not sit with us…damn, girl! Do you realize your hairstyles aren’t eligible for hiring either…? Well, The Black Community agrees to gladly let you go. The white community don’t want you either, nor does the Hispanics, so you can sit at the back of the lunchroom with your BomQuisha hair dues as you preferred.

…And now I am going to fierce and use a picture of her looking a fool. 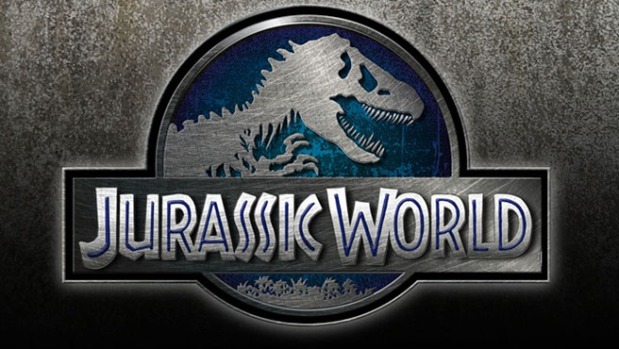 So, I went to go see Jurassic World yesterday at 42nd street.  It was one of the last movies playing that Sunday night and I was very excited to be whirled into Jurassic nostalgia. My best friend provided free tickets, kudos to her.

Now, I really want to get into the movie itself. No, I wont be spoiling. So basically, in summary, Jurassic World is like the new Jurassic Park. Same place, different name. Big bad dino gets loosed, eats a few things, dies, FIN! Literally, that was the entire movie. Don’t get me wrong, the special effects was one point (I guess).

Here’s what I dislike in the movie. I was able to know what each of the main characters represents with in their first two lines.  I knew once the younger brother spoke he will be providing some profound “save the day” intellect, their aunt who runs the entire Jurassic world was probably going to be the antagonist, The hero was show cased immediately, just by how the scene went I knew!

The story-line became very cliche. I don’t like the fact that these movies are so sexist! There always have to be this alpha male who has this grungy, dirty look with a beard. Of course they have to slap a love interest in there, in which they did at the very end, so fast. Why is that every action movie must have a love interest bounded by the shared tragedy. With the traumatizing events that goes on in the world, you rarely ever here people falling madly in love in the rate these movies make it out to be. The same formula is seen in so many movies it makes you not even want to watch them anymore.

There was no real antagonist throughout the movie other than the focus being on that one big bad dino. As soon as the antagonist was revealed he died instantly.

Why a girl can’t be the badass? Why must the hero always look good in dirty clothes? It appears the target audience was middle Americans.

I can say this…The token black guy survived the entire movie! I was waiting for him to die to even add more to the cliche. I assume with Hollywood the more the cliche the more money granted for the budget. (You do know race plays apart in budgets). Also, they made a lot of Jurassic Park references which was dope to me.

In the end, I would say its a movie you stay home to watch. If you have kids, they would love it!

There was an error retrieving images from Instagram. An attempt will be remade in a few minutes.